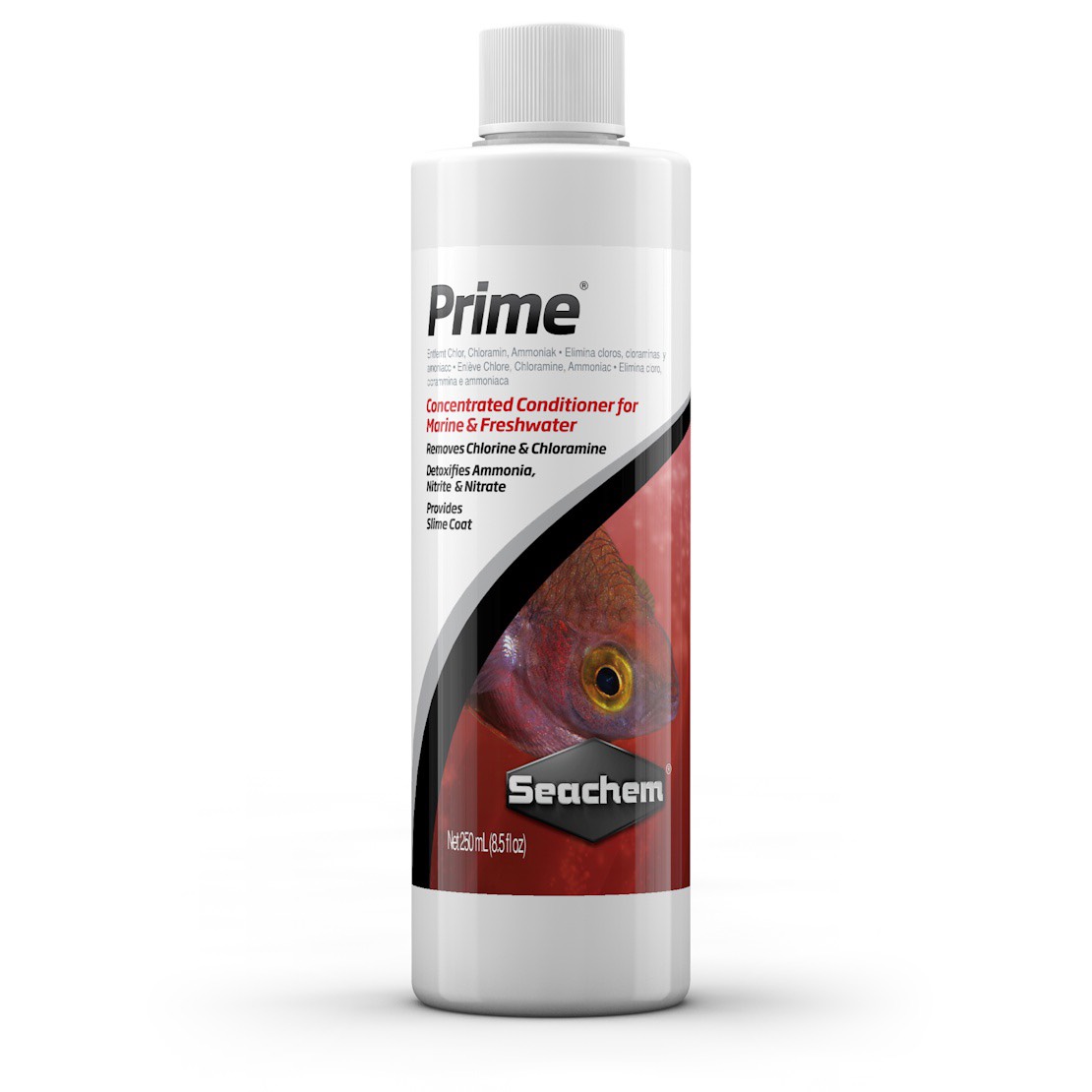 Prime is a concentrated water treatment agent intended for both freshwater and saltwater aquariums. It neutralizes chlorine, chloramine and ammonia, turning it into a non-toxic form, quickly removed by a biological filter. It can be used during the tank maturation process to reduce ammonia and nitrite levels. By binding nitrates and nitrites, it facilitates their removal by biological filters. It also neutralizes heavy metals present in tap water. Accelerates the production and regeneration of the protective mucus layer on the body of the fish. It is not acidic and does not affect the pH of the water. It does not overload the skimmer. It is recommended to add it when setting up a new aquarium and every time you change the water.
Many companies make preparations to neutralize chlorine in the water, but none of them are as effective as the Prime produced by Seachem. It is the second water conditioner in terms of concentration of active substances after the Alpha preparation from the AquaVitro line of the same manufacturer. The 100 ml container is enough to clean almost 4,000 liters of water. PRIME contains a compound that converts ammonia, nitrites and nitrates into a non-toxic form. All water conditioners are based on chemical processes called reduction reactions. Toxic chlorine (Cl2) dissolved in water is converted into safe chlorine ions (Cl-). The reduction reaction also breaks the bonds between chlorine and nitrogen atoms in the chloramine (NH2Cl) molecule, which releases chlorine atoms and replaces them with hydrogen, resulting in the ammonia (NH3) molecule. At this stage, most conventional conditioners fail, leaving a large amount of hazardous ammonia in the water. Seachem went a step further with the addition of an ammonia scavenger compound to Prime.

You should think carefully about purchasing the right kind of conditioner. If the tap water contains chloramine, the classic preparations based on sodium thiosulfate may not be enough. Prime stimulates the production and regeneration of the protective layer of mucus on the body of fish, and has the advantage (especially important for marine aquarists) that it does not burden the protein skimmer.