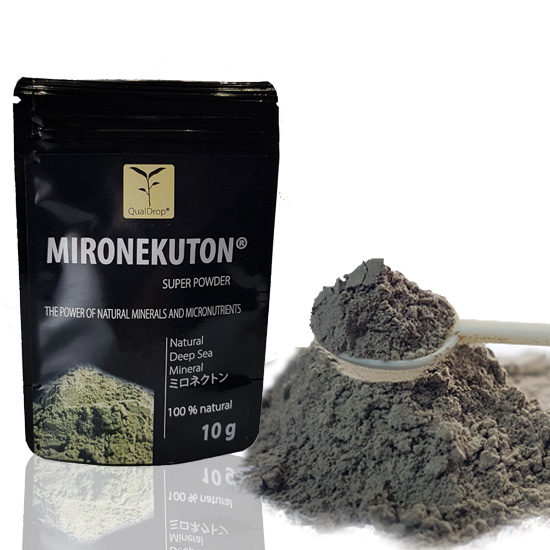 Mironekuton (100% pure) is a rare Japanese mineral found in one place in Japan in its purest form. Mironekuton was created millions of years ago and is therefore so valuable. It consists of several dozen minerals and microelements, which are residues from plants, plankton, algae and other marine animals. After putting the mineral in water, a slow, systematic process of releasing these substances begins, which has a significant impact on the quality of water, and thus on the life of shrimp, fish, etc.

Mironekuton has unusual adsorptive properties. It increases and facilitates significantly the development of the microflora, i.e. beneficial bacteria and flora accompanying them in the substrate and the filter. It is particularly recommended while starting a tank.

This rare mineral added to an aquarium is a source of minerals for all living organisms. It is commonly used by keepers of decorative shrimp globally.

The released minerals favorably affect the viability and coloring of the shrimp. In case of plants, the mineral affects the intensity of the photosynthesis and root system development very favorably, contributing into their intense growth.
Mironekuton Super Powder is a 100% natural product. It has a form of a very fine powder, formed during a special grinding process of the original Japanese Mironekuton.

One flat spoon (included) per 20 liters of water every 3-4 days regularly. It is also recommended while replacing the water and while starting a new tank. 1 flat spoon corresponds to about 0.2 g of Mironekuton Super Powder.