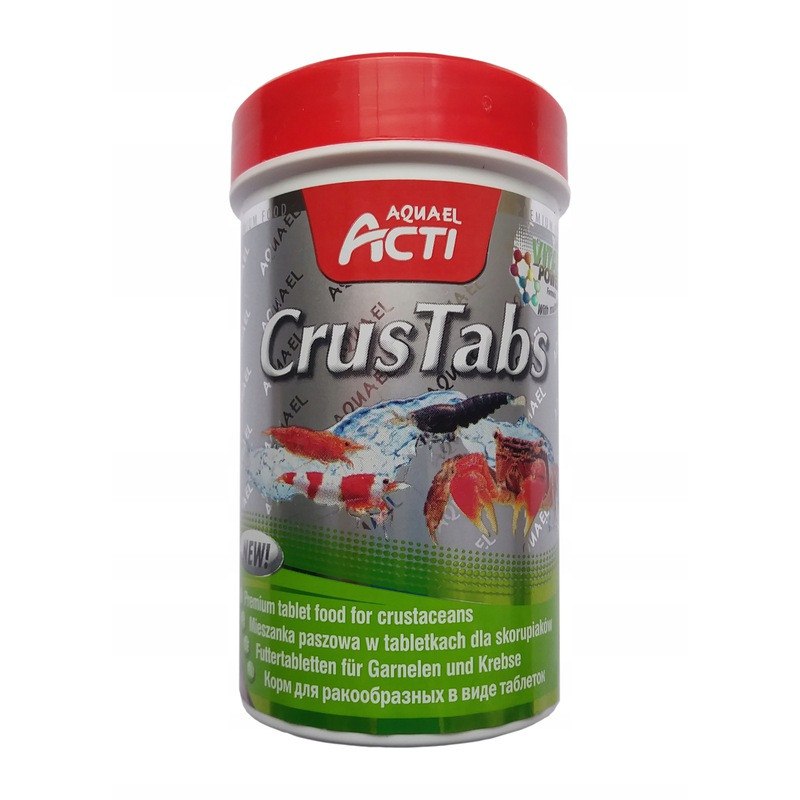 Extremely popular dwarf shrimp are omnivorous animals, but the basis of their diet is plant-based foods. CRUSTABS crustacean food consists of a large amount of spirulina, which provides the shrimp with protein, vitamins and a small addition of animal ingredients in the form of easily digestible plankton. In addition, CRUSTABS contains valuable minerals, including large amounts of easily digestible calcium, which is particularly important for the proper course of the shrimp molting process. In extreme cases, the lack of calcium can even endanger the lives of these animals. CRUSTABS is in the form of small tablets falling to the bottom, which break down into smaller particles quite quickly. They are easier to take from the ground and provide the shrimp with hours of feeding, which allows them to be freely observed.

CRUSTABS is eagerly eaten not only by shrimps, but also crayfish and crabs and many aquarium fish feeding near the bottom. Dwarf shrimp can also be given other AQUAEL foods, in particular SPIRUTABS and COLORTABS. COLORTABS has a color-enhancing effect and is recommended as a complementary food, especially for shrimps with a red color, such as "Fire Red" and "Crystal Red". Filtering shrimps can be fed with AQUAEL flake foods (preferably ARTEMIN and SPIRUCELL), ground to dust and brought into a water suspension. We recommend CRUSTABS to all shrimp owners who like to photograph their shellfish. The structure of the food means that the prawns remain at the injection site for many hours, which makes it easier to take pictures of them.