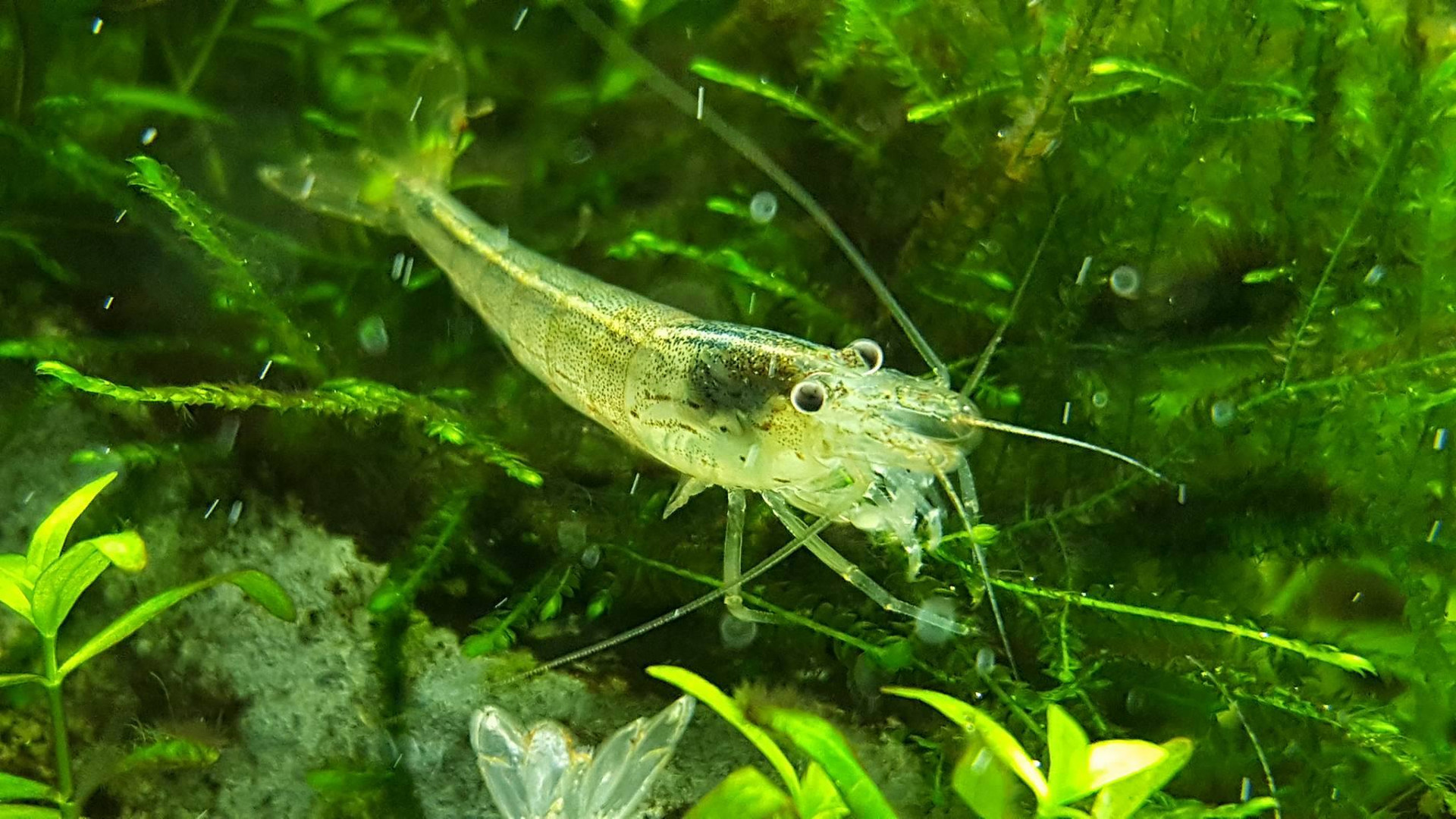 This shrimp was discovered by Takashi Amano in the early 1980s. The reason for an interest in this shrimp was its ability to eat a huge amount of algae in the aquarium. Takashi Amano used Cardina Japonica for the first time in their exhibition aquariums. That is why, it is often called an Amano shrimp.

Male shrimps grow to 3.5 cm whereas female shrimps are larger and can reach a size of 5 cm. Sex can be identified by the body shape. If the spots on the body are round and irregularly placed then these traits indicate a male. Females have a line of spots and have a larger abdominal part of the body.

The most distinctive feature of Amano shrimps is the transparent body covered with red-brown spots. The eyes of a shrimp are black. On the ridge, it has a white line extending from the head to the end of the torso. The life expectancy of a shrimp is not exactly known. It is estimated to reach 2-3 years.

The main reason for holding the Amano shrimp in the aquarium is its huge appetite for algae. It spends most of the time on searching and consuming algae in the aquarium. It is a quiet and peaceful shrimp, very friendly to other inhabitants of the aquarium. It happens that the Amano shrimp hides in the day and overlooks the prey only at night. However, this is not a rule because in some tanks it eats during the day. There seems to be a relation between the aquarium stocking and the inherent caution and shyness of the shrimp. The Amano shrimps should not be kept individually because they can feel uncomfortable and remain hidden.

The Amano shrimps have no special requirements for water. However, water exchange has a significant influence on the behaviour of shrimps. Every water exchange increases its motility and encourages to swim vigorously. An optimal temperature for these shrimps is not known but it should not be less than 19 and higher than 28 °C.